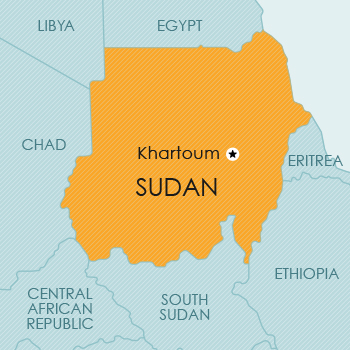 18 Jan, 2019 KHARTOUM – Sudanese police on Thursday fired tear gas at protesters marching towards the presidential palace, witnesses said, during a demonstration in the capital to demand the resignation of President Omar al-Bashir.Demonstrators chanting “Freedom, peace, justice” gathered in central Khartoum and began their march but riot police quickly confronted them with tear gas, the witnesses told AFP.

Anti-government protests that erupted across Sudan on December 19, after the government raised the price of bread, have turned into daily nationwide demonstrations against Bashir’s three decades of rule.Protests were also held in the Red Sea town of Port Sudan and in Gadaref, witnesses told AFP by telephone, after organisers called for simultaneous demonstrations in 11 cities apart from Khartoum.

Ahead of the planned march, authorities had reinforced security forces in the capital’s key areas.An AFP journalist saw security personnel, many in plainclothes, stationed across the downtown area of Khartoum and along the expected route of Thursday’s march.Several army vehicles mounted with machineguns were stationed outside the palace.

Little traffic was seen at what is usually the height of the morning rush-hour as people stayed off the streets.Officials say at least 24 people have died in the protests, but human rights group have put the death toll higher.Amnesty International said last week that more than 40 people had been killed and more than 1,000 arrested.Human Rights Watch said the dead included children and medical staff.