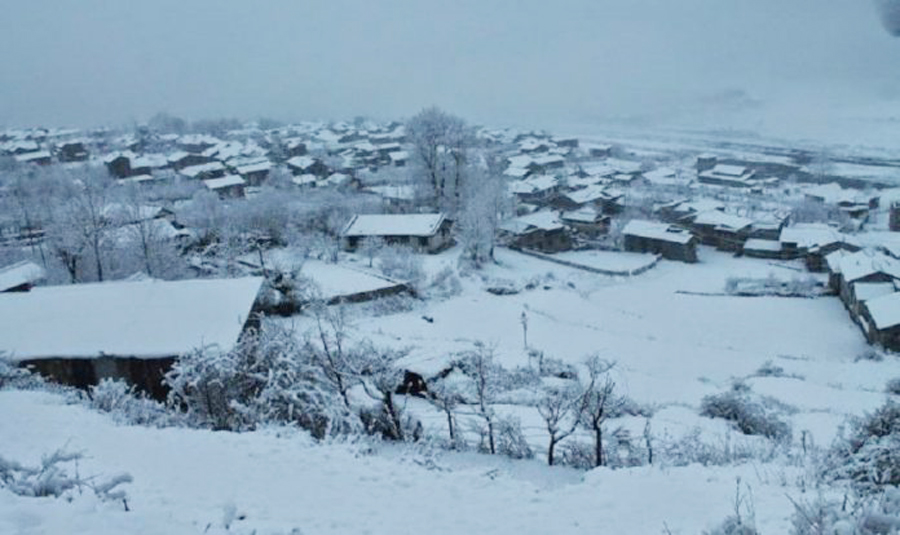 22 Jan, Bajura- Bajura has seen heavy snowfall for the third time since third week of December.
Normal life has been adversely affected die to recurring and abrupt snowfall. The snowfall followed by heavy rain since Monday midnight have whitened the human settlement and mountains in the district.
The snowfall was abrupt at over a dozen high-hill local levels, including Rugin, Bichchhaya, Gaumul. Khaptad Chhededaha, Triveni and Budhinanda of the district.
The forest areas nearby the district headquarters have seen a pile-up of around half-foot snow. Life in high altitude areas has been badly affected.
Meanwhile, the snowfall with breezing wind occurred since Monday midnight also has troubled normal life in Humla.
The travel to and from district headquarters Simikot has been completely affected following the snowfall. Even people here could not go outside from the home. It is reported that Simikot has a pile-up of around half foot snow while it is two-feet outside the district headquarters.
With continuous snowfall the temperature in northern villages of the district has reduced to minus.