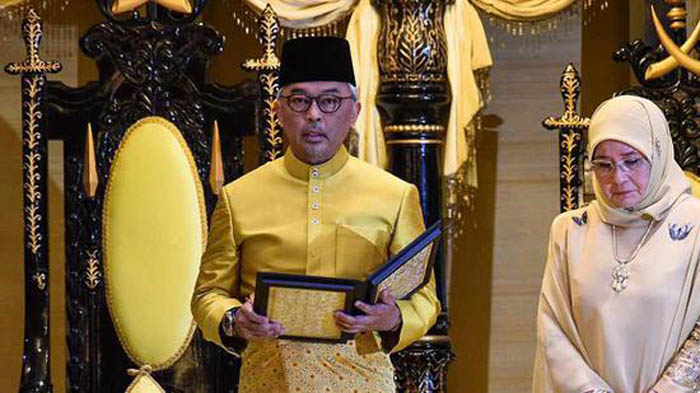 25 Jan, KUALA LUMPUR –  Malaysia’s Conference of Rulers on Thursday named Sultan Abdullah Sultan Ahmad Shah as the country’s 16th king, who serves as the constitutional head of state, state news agency Bernama reported.
In a statement from the Keeper of the Ruler’s Seal, Syed Danial Syed Ahmad, Abdullah will be officially installed as King or Yang di-Pertuan Agong on Jan. 31, replacing his predecessor Sultan Muhammad V of Kelantan state who resigned on Jan. 6.
The 59-year-old Abdullah became sultan of the Malaysian state of Pahang, succeeding his father Sultan Ahmad Shah, 88, who abdicated on Jan. 11 due to ill health.
Abdullah is heavily involved in sports and is a council member of the ASEAN Football Federation (AFF) and a council member of FIFA, the football international governing body. He was the president of the Football Association of Malaysia.
Also announced was the continuation of Sultan Nazrin Shah of Perak as the deputy head of state. The 62-year-old, who had been serving as acting king, will continue in this role for the next five years.
Malaysia is a constitutional monarchy, with nine sultans or rulers, who head their respective state and act as the religious leader, taking turns to serve as king for a five-year term. Enditem