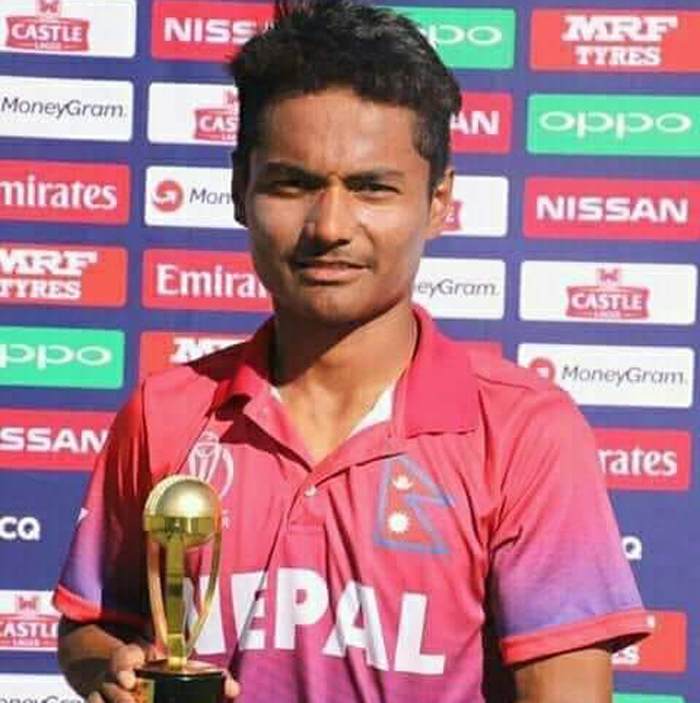 27 jan, Kathmandu-Prime Minister KP Sharma Oli today congratulated cricketer Rohit Kumar Paudel on his making history as the youngest male player to hit the half international century.
Paudel, aged 16 years and 146 days when he made the record- smashed 55 off 58 balls in the second One-Day International against the United Arab Emirates, ensuring Nepal’s win. PM Oli took to twitter and congratulated him. He made an ODI debut at 15.
Paudel’s success has made the State proud and happy, the PM tweeted.
So far in the international cricket, the record was held by Sachin Tendulkar (who was 16 years and 213 days when he hit 59 in a Test against Pakistan) and Shahid Afridi, who smashed a century off 37 balls against Sri Lanka at 16 years and 217 days.