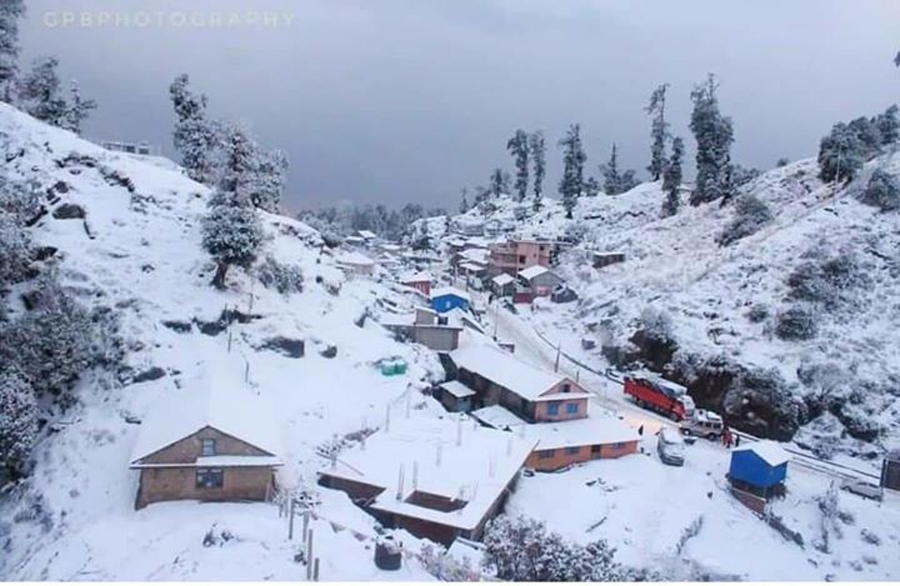 28 Jan, Charikot-With heavy snowfall in high hills of Dolakha since few days back, there has been a huge inflow of tourists to the district of late.
The snowfall has blanketed touristic areas of the district including Kalinchowk, Shailung, Kharidhunga, Jiri, Chyordung and Khawa. Daily thousands of domestic and foreign tourists are seen thronging to Dolakha for snow parade.
Kalinchowk has witnessed the highest influx of tourists. Tourists are found flocking to Dolakha to visit Kuri of Kalinchowk, take joy of snow and travel through cable car.
Almost 10,000 tourists had visited Dolakha for snow parade on Friday and Saturday only, said Sundar Karki, Chairperson of Dolakha Chamber of Commerce and Industry.
The hotels being operated in Kuri of Kalinchowk has the capacity to accommodate around 3,000 tourists. All these hotels have been already booked for a week, shared Hari Oli, proprietor of Hotel Sunpati. —