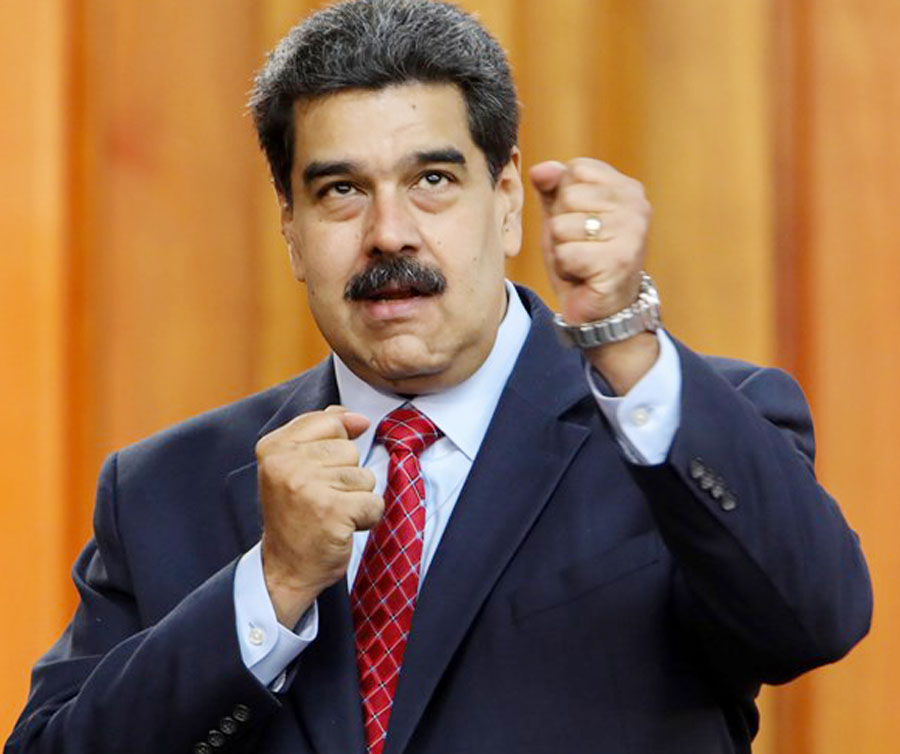 28 JAN, ANKARA- Venezuelan leader Nicolas Maduro rejected demands by European countries to call elections within eight days in an interview broadcast on Sunday, insisting that his country was “not tied” to Europe.
“They should withdraw this ultimatum. No one can give us an ultimatum,” Maduro told CNN Turk in an interview dubbed into Turkish from Spanish.
“Venezuela is not tied to Europe. This is complete insolence,” Maduro added, as he described the European countries’ actions as a “mistake”.
European powers including France, Netherlands and Germany on Saturday warned they would recognise opposition leader Juan Guaido as president unless Maduro calls elections within eight days. The United Kingdom and Spain had also given a similar ultimatum.
National Assembly chief Guaido proclaimed himself acting president of Venezuela on Wednesday during a mass opposition rally against Maduro.
Since then, the United States, Canada and many South American countries including Brazil and Colombia have backed Guaido’s self-proclamation.
But Maduro in the interview said Guaido was “violating the constitution” as he accused Washington of a “coup attempt” against his rule.
“All that is happening is linked to America. They are attacking us and they think Venezuela is their back garden,” Maduro told the interviewer.
He said he would overcome the challenge to his rule. Maduro said he was “open to dialogue”, but said it was not probable that there would be a meeting with US President Donald Trump.
“It’s not impossible but it’s not likely. I sent many messages to Donald Trump.”
Turkish President Recep Tayyip Erdogan has been forging a stronger alliance with Maduro, and last month paid a visit to the embattled leader in Caracas.
Maduro himself came to Turkey last year after Erdogan’s victory in the national and presidential elections, hailing the Turkish president as a “friend” of Caracas.