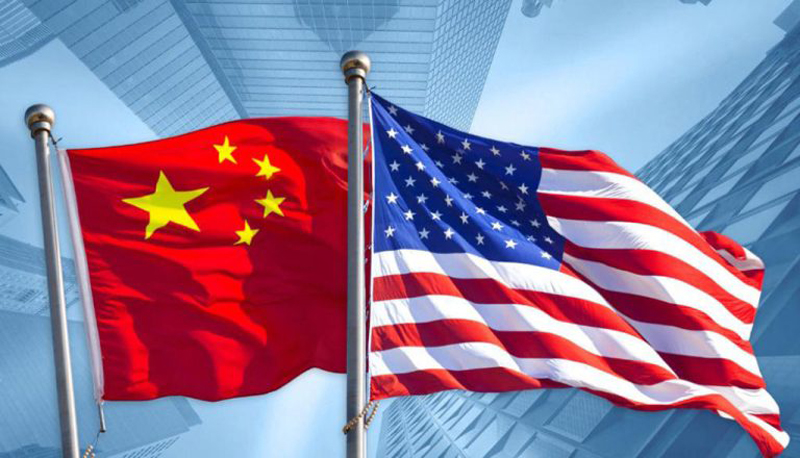 Feb. 3 (Xinhua),WASHINGTON, — Negotiators from China and the United States have made important progress in the latest round of high-level talks to resolve their economic and trade frictions, laying foundation for further consultations, according to the visiting Chinese delegation.
The delegation, headed by Chinese Vice Premier Liu He, held candid, specific and constructive discussions on topics of common concern with the U.S. team from Wednesday to Thursday, and determined the timetable and roadmap for next-step consultations.
Also on Thursday, U.S. President Donald Trump met with Liu at the White House, expressing his hope for a great deal between the two sides as early as possible.
The hard-won progress is the result of both sides seriously implementing the important consensus reached between Chinese President Xi Jinping and Trump during a working dinner in Buenos Aires, capital of Argentina, on Dec. 1.
The two heads of state agreed back then that the two sides should try to reach a mutually beneficial and win-win agreement within 90 days to bring an early end to their months-long trade friction featuring massive tariffs on imports from each other.

IMPORTANT PROGRESS
During the two-day talks, the two sides discussed the topics of trade balance, technology transfer, protection of intellectual property rights (IPR), non-tariff barriers, service sector, agriculture and enforcement mechanism, as well as certain issues of particular concern for the Chinese side.
Important progress has been made for the current stage, according to the Chinese delegation.
The two sides have agreed to take effective measures to promote a more balanced development of bilateral trade. The Chinese side will make active efforts to expand imports from the United States in the sectors of agriculture, energy, manufacturing and services, which will help China’s pursuit of high-quality economic development and meet the people’s demand for a better life.
The two sides also discussed some specific concerns of the Chinese side, and the U.S. side said it would seriously address these concerns.
Both sides believe that it is very important to establish an effective two-way enforcement mechanism, so as to ensure all measures agreed upon through consultations will be implemented. They have reached consensus in principle on the framework and basic elements of the enforcement mechanism, and will continue to hammer out more details.

CRITICAL STAGE
When meeting with Trump, Liu delivered a message from Xi, in which the Chinese president pointed out that China-U.S. relations are at a critical stage.
Xi said when he and Trump met in Argentina in December, the two heads of state agreed to jointly advance the China-U.S. relationship featuring coordination, cooperation and stability.
“According to the consensus we have reached, economic teams from both sides have since conducted intensive negotiations and achieved positive progress,” he said.
The Chinese leader called on the two sides, in the spirit of mutual respect and win-win cooperation, to continue to try to meet each other half way and step up consultations, so as to reach a mutually beneficial agreement as early as possible.
This, he said, will send a positive signal to the international community, promote the sound development of China-U.S. ties, and add impetus to the steady growth of the global economy.
For his side, Trump hailed the important progress he had seen in the talks, saying that U.S.-China relations have remained strong and kept moving forward under the guidance of the two heads of state.

CONSULTATIONS CONTINUE
A U.S. delegation headed by Trade Representative Robert Lighthizer and Treasury Secretary Steven Mnuchin will go to China in mid-February to continue the consultations, according to Trump.
The U.S. president said that he looks forward to meeting with Xi at an early date and witnessing together the historic moment when the two countries reach an agreement on economic and trade issues.
The world watched the talks closely, with many hoping for some substantial, positive progress to be made.
“No bad news is good news. Parties are not going to trumpet good news well in advance of the negotiating deadline,” said Sourabh Gupta, a senior fellow at the Washington-based think tank Institute for China-America Studies.
Gupta said that he remains cautiously optimistic about the trajectory and core outcome of the 90-day talks between China and the United States.
Robert Kuhn, a renowned U.S. expert on China and chairman of the Kuhn Foundation, said both Xi and Trump are taking active leadership.
“Truly an agreement would be win-win-win — for China, for the United States, and for the world,” he said in an email interview with Xinhua on Thursday. Enditem