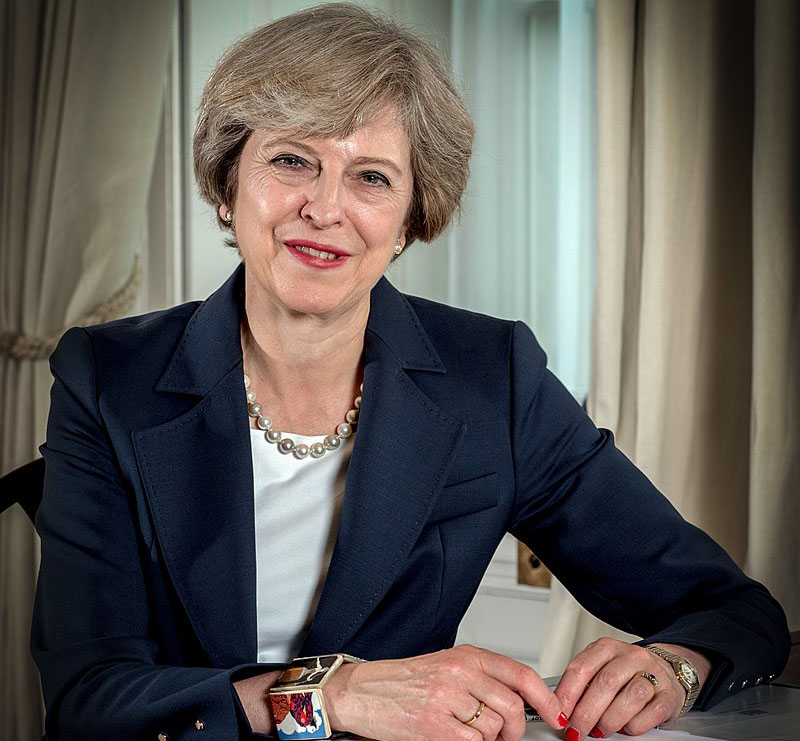 6 Feb, LONDON- British Prime Minister Theresa May told business leaders in Northern Ireland on Tuesday that she is seeking changes to the U.K.’s withdrawal agreement with the European Union, but not the total removal of the Irish border provision that is the most contentious part of the deal.
Seeking to ease fears about the return of customs posts and vehicle checks, May said during a visit to Belfast that the British government is committed to preventing the construction of a physical border between EU member Ireland and the U.K.’s Northern Ireland after Britain leaves the European Union.
The prime minister said she was in Belfast “to affirm my commitment to delivering a Brexit that ensures no return to a hard border between Northern Ireland and Ireland – which is unshakable.”
She also emphasized the government’s support for the Good Friday agreement, the 1998 treaty that largely ended decades of violence in Northern Ireland known as “the Troubles.”
May’s words of reassurance did little to solve her Brexit border dilemma. Britain is scheduled to leave the EU on March 29, but no withdrawal agreement has been approved because Britain’s Parliament voted down May’s plan last month, in part because of concerns about the border plan, known as the backstop. It is a safeguard mechanism that would keep the U.K. in a customs union with the EU to remove the need for checks along the border until a permanent new trading relationship is in place.
The border area was a flashpoint during the decades of conflict that cost 3,700 lives. The free flow of people and goods across the near-invisible border today underpins both the local economy and Northern Ireland’s peace process.
But many pro-Brexit British lawmakers fear the backstop will trap Britain in regulatory lockstep with the EU, and say they won’t vote for the EU divorce deal unless it is removed.
EU leaders, however, insist the withdrawal agreement the bloc struck with May’s government late last year can’t be reopened.
“The withdrawal agreement is the best way to ensure an orderly withdrawal by the U.K,” Irish Prime Minister Leo Varadkar said Tuesday. “We want the future relationship between the EU and the U.K. to be as close, comprehensive and ambitious as possible, so that the backstop will never be needed.”
Still, May plans to meet with European Commission President Jean-Claude Juncker and other EU leaders in Brussels on Thursday seeking changes to the backstop, and will return to Parliament next week with – she hopes – a modified plan.
May said Tuesday she is seeking changes to the backstop, rather than its removal from the agreement, as some pro-Brexit British lawmakers want.
“I’m not proposing to persuade people to accept a deal that doesn’t contain that insurance policy for the future,” she said. “What Parliament has said is that they believe there should be changes made to the backstop.”