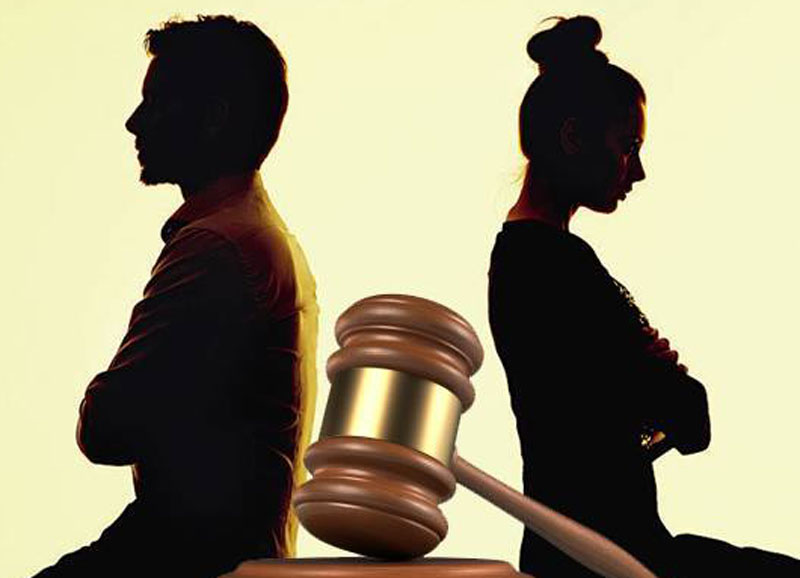 8 Feb, Bejhad, palpa- In the past six months of the current fiscal year, the District Court Palpa registered 122 divorce cases. Among those seeking the legal procedure to end the conjugal life, 87 were women and the remaining 35 were men.
The present scenario is somehow different than of the past. Though the data put the number of women seeking the legal help to get separation from spouses at relatively high, the number of men filing for divorce is found rising these days than in the past.
Mainly those husbands in foreign employment are knocking the doors of court, citing that they had been victimized at the hand of their partners. Many of them have cited extra marital affairs of their wives and misappropriation of money they send home from abroad as major factors compelling them to choose a divorce.
Women have presented mental torture by their husbands, domestic violence and neglect as the causes forcing them to seek separation, the court details show.
It may be noted that the new Civil Code which has been in force since last April 17 has simplified the divorce process for men. As per the new provision, they can straight go to the court to file the divorce case. It is said that more men are seeking a divorce on the ground of same provision.
Prior to this, any men wishing to end the married life could not go to the court directly. He had to first complete the prescribed process at the local level.
Of the registered case, the court has already given its verdict in regard with 59 cases, according to court registrar Bheshraj Khanal said.