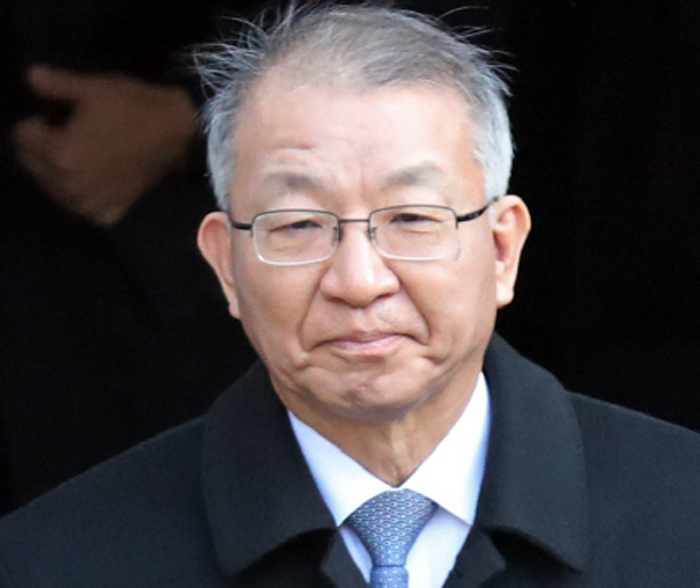 11 Feb, SEOUL-A former chief justice of the Supreme Court was indicted Monday on more than 40 counts relating to an alleged massive abuse of judicial power under his leadership.
The indictment of Yang Sung-tae comes almost three weeks after the court approved a warrant to place him under pre-indictment detention. It also marks an end to the prosecution’s eight-month investigation into the nation-rocking allegations.
Prosecutors also indicted two other retired top court justices — Park Byong-dae and Ko Young-han — for their alleged involvement in the case. They will stand trial without physical detention.
Yang stands accused of using or seeking to use trials as political leverage to lobby the previous Park Geun-hye government, so that he can get presidential approval for the establishment of a separate court of appeals, his pet project. He headed the top court from 2011-2017.
Yang is the first judge ever in South Korea’s judicial history to have been arrested as a suspect and now to face a criminal trial.
Prosecutors believe that he had his officials at the National Court Administration (NCA), the top court’s governing body, devise detailed plans to influence trials that potentially had high political significance for the former president.
Yang has categorically denied the charges.
The scandal involving justices at the top court has rattled the country, placing the judiciary under unprecedented scrutiny.
Among the trials in question include the controversial delay in the deliberation of a damages suit filed by Korean victims of Japan’s wartime forced labor. Prosecutors accuse Yang and his officials of exerting influence to put off the deliberation on purpose, to curry favor with the former president who was seeking amicable relations with Tokyo.
The Supreme Court, now under new Chief Justice Kim Myeong-su, finalized the rulings in the victims’ favor in the two landmark rulings in October and November last year.
Park Byong-dae and Ko, along with then deputy NCA head Lim Jong-hun, are among the many other judges suspected of playing key roles in carrying out Yang’s schemes, including pressuring presiding judges in the cases to deliver rulings in favor of the Park government.
Prosecutors on Monday added more charges against Lim, who’s already been indicted and detained, for his role in unfair demotions or personnel transfers of judges who stood up against Yang’s orders.
The prosecution will soon decide whether to press charges on other judges alleged to have been involved in the power abuse, it said.