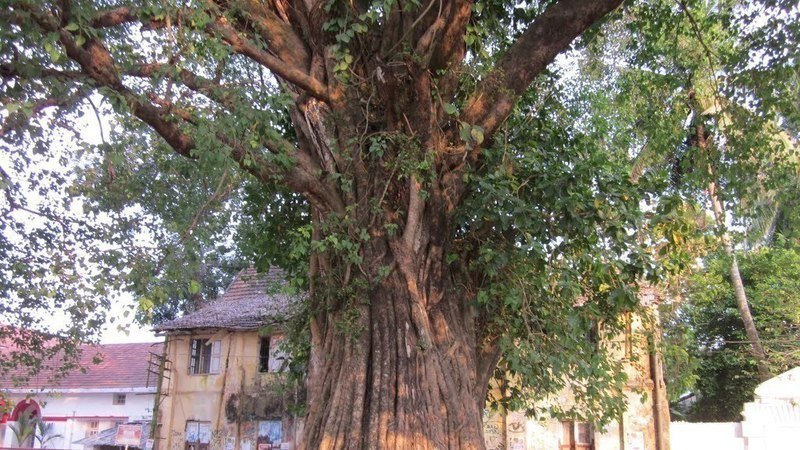 12 Feb, Bejhad –  Locals of Rambha Rural Municiplaity-1, Saghaha have teamed up for the protection of Peepal trees.
They have joined their hands in the campaign of protecting Peepal tree with the slogan ‘Plant Peepal, Earn Blessings; Conserve Ecology, Become Healthy’.
The protection drive has been initiated to enliven the archaeological importance of Peepal tree when it has been washed off in the name of development lately.
Under the leadership of Laxminarayan Dham and Peepal Protection Foundation, local people have plated 150 saplings of Peepal in three hectares of land along the bank of Kaligandaki.
Peepal is scientifically proved to be a very useful for oxygen generation and herbal medicinal use so the campaign for the protection of precious tree has been put in place, said Chhabilal Dumre, Chair of the Foundation.
“The task of systematically barring the Peepal plants and constructing slate-paced rest spot around the tree is taking place. Likewise, the temple of Shaligram (ammonite stone) is also being constructed”, he shared.
Locals also have raised fund of Rs 400,000 for the campaign. So far, 700 people have donated kind labour in the campaign, the Foundation source said.
Meanwhile, Tansen Municipality has started removing the houses constructed breaching the stipulated standards.
The Municipality took the bid to remove buildings including houses which were built against the housing code.
Dozers are being used to dismantle the permanent structures constructed without properly demarcating the public land. —