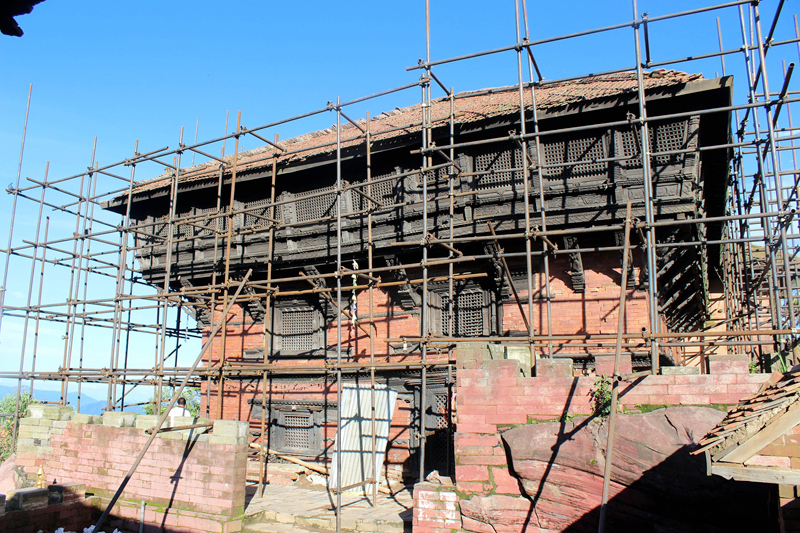 17  Feb, Gorkha   RSS – The reconstruction of the historical Gorkha palace, damaged in the 2015 earthquake, continues to be delayed. Some 15 months since the reconstruction work began, only the foundation work has been completed.
The Department of Archaeology had signed a contract with the Pachali-Shiva JV constructions in November 2017. However, the reconstruction work continues to be delayed since the start citing reasons like lack of labourers and transportation, says Acting Head of the Gorkha Palace Caretaker Office, Rameswar Kattel. “Recently, the contractor company has come up with an excuse that there is lack of timber,” Kattel said.
The Department of Archaeology had signed the contract with the company to complete the re-construction by mid-January 2020. The contract was awarded for a sum of Rs. 43.7 million.
The palace is believed to have been originally constructed during the reign of then King Ram Shah in 1666 B.S. Birthplace of King Prithivi Narayan Shah, the palace is regarded as a very important historical heritage of the country and draws a large number of visitors every year.