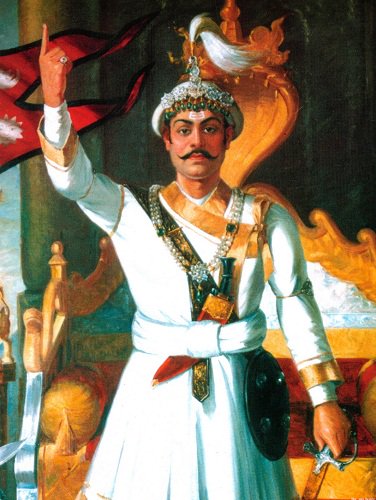 11 Jan, Surkhet –   Chief Minister of Karnali Province Mahendra Bahadur Shahi has said that the contributions made by Prithvi Narayan Shah should be analysed.
Receiving a memo submitted on Thursday by RPP (Democratic) calling upon marking the national unity day by giving a public holiday on Paush 27, the Chief Minister opined to analyze Prithvi Narayan Shah’s deeds– both good and wrong ones.
“The public holiday on Prithvi Jayanti is a national concern and a serious nationwide discussion was needed in this. A conclusion should be drawn by satisfying all, Shahi said.
Submitting the memo, RPP (Democratic) leader Kabiram Puri argued that it would be injustice for the nation if the history of Prithvi Narayan Shah’s were not safeguarded.