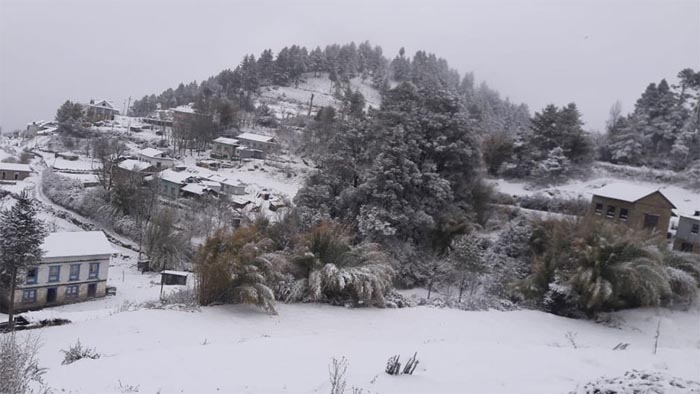 24 Jan, Solukhumbu – Snowfall in mountainous Solukhumbu district on Wednesday has taken its toll. Solukhumbu-Kathmandu road has been disrupted cutting the district’s direct road connection with the federal capital Kathmandu and provincial capital of Province 1, Biratnagar.
As a result, vehicles heading to and from Solukhumbu have been stuck midway, said Sanjib Chaudhary, chief of the district traffic police office. Likewise, transportation on short and long routes has been also largely affected.
Although there is progress in part in weather condition, absence of sun has caused problems in resuming the road, he said.